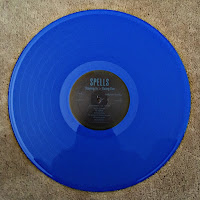 It's here folks!  The debut full-length from Denver powerhouse SPELLS, "Staying In > Going Out" has landed.  12 songs on this 45 RPM 12" LP that rip from start to finish.  Comes on lovely staying in blue vinyl and comes with a download code of course.  Only $12 from our store right HERE.  You can also go digital at our bandcamp for only $5 HERE.  What a deal either way!  Come, commence commerce for the mighty SPELLS!  As usual, these suckers are in stores in the Denver area and will be popping up in distros and e-markets shortly.  We thank you and the band thanks you.  Now let's rock!  Pressing Info: 300 12" LP's on staying in blue vinyl, download code included.
Love,
The Staff
Posted by Chuck at 11:24 AM 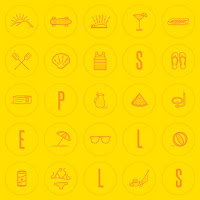 Friends and fans, the wait is almost over.  After years of EP's, singles and other teases, SPELLS is finally set to unleash their first full length on the world.  "Staying In > Going Out", or SI>GO as it may be stylized will be released on November 12th, 2016 on the always fashionable 12" LP format by your favorite label of all time: us, Snappy Little Numbers.  Fear not digi-lovers, it will include a download!  The band will be playing a release show on said date at 3 King's Tavern in Denver with pals Low Forms, The Ned Garthe Explosion and Shame Ray and it's not to be missed!  More info on the record to come.  In the meantime, enjoy the brand new SPELLS track on our sampler!
Love,
The Staff
Posted by Chuck at 2:37 PM 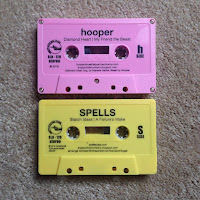 The brand new split cassingle from Hooper and SPELLS is out now!  Two songs from each band on cassette tape with a download code included for only $4.  That seems like a pretty good deal to us!  You can order one from our store right HERE.  Pick Hooper's light pink or SPELLS' yellow for the cassette shell color.  Or get one of each if you're a collector!  You can also snag the digi-version from our bandcamp HERE.  The cassingles are in your favorite Denver area record shops and will also be popping up in various distros and e-markets as usual.  This is Hooper's first new material in ages and the tunes from SPELLS were ripped right from the same recording session that will yield their debut LP later this year.  All tunes are exclusive to this release so you should get 'em right now!  Pressing Info: 100 light pink cassette tapes, 100 yellow cassette tapes, download code included.
Love,
The Staff
Posted by Chuck at 3:59 PM

Hooper And SPELLS On One Audio Cassette! 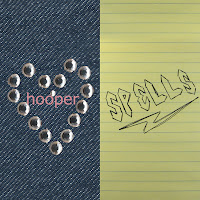 Hooper and SPELLS have teamed up to release an ultra split cassingle.  What makes it ultra?  Well two rad bands.  That's ultra to us.  Two fresh tracks from each band make up the cassingle.  You can preview one track each on our sampler right now.  This cassette comes out on May 20, 2016 and the two bands will be playing a show together to celebrate the release on that same date at Ratio Beerworks in Denver.  Double awesome!
Love,
The Staff
Posted by Chuck at 12:40 PM 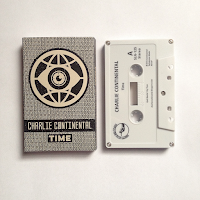 You've already heard all about it, now it's here!  The debut cassingle from Charlie Continental, "Time" has two pieces of ear candy on a snappy little reel-to-reel and comes with a download code to boot.  Order one from our store HERE.  We've already pumped up that it's available on our bandcamp but it's also on iTunes, Amazon, eMusic and all your other favorite digi-markets.  The cassingles will also be popping up at Denver record shops and will make their way to a few choice distros as well.  Charlie has been performing Quit Wastin' My Time with help from SPELLS and he might just make 'em learn Nothin' But Time too.  That'll be like a two-for-one ticket.  What a deal!  Pressing Info: 100 gray cassette tapes, download code included.
Love,
The Staff
Posted by Chuck at 3:00 PM 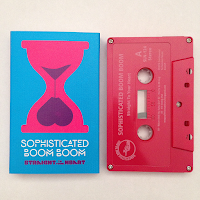 Our Snappy Little Numbers Customer Appreciation release is here!  It's the debut EP, "Straight To Your Heart", from Denver's Sophisticated Boom Boom.  Featuring members of SPELLS and Eyes & Ears, Sophisticated Boom Boom blends 60's girl group stylings with a little pop in their dash of punk.  Best of all, this release is free!  That's right, we heart you fans that much!  It comes on the lovely cassette format and of course has a download code.  You can order one from our shop HERE (you can either pay for shipping or have one thrown in with any other product) or watch for them around Denver at Wax Trax, Mutiny or at SPELLS shows or from the band themselves when they start playing out again in a few months.  You can also download the digital version HERE.  Thanks for all the support loyal followers!  Pressing Info: 100 rhodamine red cassettes. Download code included.
Love,
The Staff
Posted by Chuck at 2:55 PM

Ahead of the cassingle release, "Time" by Charlie Continental is now available as a digi-single.  You can grab it from our bandcamp right HERE.  It will be appearing on all your other favorite digital platforms but we have the best deal of course.  In case you missed it, the A-side, Quit Wastin' My Time, is the theme song from truTV's new show Those Who Can't that just happens to feature SPELLS' own "Little" Stevie Shithead.  Make sure you tune in Thursday 2/11/16 for the premier!
Love,
The Staff


Up for pre-order in our store is the debut cassingle from Charlie Continental called "Time".  It features Quit Wastin' My Time, the theme song to truTV's show Those Who Can't and the B-side Nothin' But Time.  Fans will know Charlie from his work in SPELLS among other things.  The digi-single will drop before the cassingles ship but if you're a collector (like we know you are) reserve one of these today HERE!  Also coming soon is the debut EP by the lovely ladies and lad known as Sophisticated Boom Boom.  "Straight To Your Heart" has 6 infectious songs on cassette and is also a Snappy Little Numbers Customer Appreciation release.  That means it's going to be free!  That's right, we at SLN heart you fans so much we wanted to do something nice to say thanks.  They'll be available from the band, at SPELLS shows, at Wax Trax and Mutiny in Denver and through our store (gotta pay shipping but it's soooo low).  That's what we got going on!
Love,
The Staff 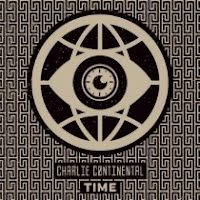 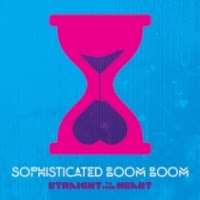 That's right folks we've got two brand new artists to add to the stable of stars.  Charlie
Continental of SPELLS fame has struck out on his own for a couple of songs.  He'll be releasing a cassingle called "Time" and it features the theme song from truTV's Those Who Can't called Quit Wastin' My Time.  The B side, Nothin' But Time, is up on our sampler right now.  Also along for the ride is Sophisticated Boom Boom.  The Boom mixes 60's style girl group with some pop-punk flair.  Their debut EP is called "Straight To Your Heart" and will be a Snappy Little Numbers Customer Appreciation cassette.  That mean free!  You heard us, free!  We at SLN love you and it shows.  You can check out the lead track from the EP called Where Did My Baby Go? on our sampler.  Alright, that's it for now but more to come later on!
Love,
The Staff 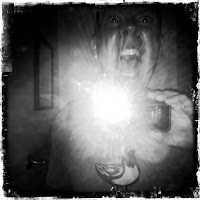 Who's Running This Show?

If you're in the Denver area our releases are available at
Wax Trax, Black & Read, Mutiny, Chain Reaction, Bowman's and Twist & Shout too.
We are pleased to be exclusively distributed by Recess Ops!
Our titles are also available digitally at places like bandcamp, iTunes, Spotify, etc.
We're also on Discogs with loads of cool stuff.
How's that for increased buying power?!

Snappy Little Numbers Entertainment is our DJ-MC-Officiant Services division.
Chuck Coffey Record Producer. Hire Chuck to produce your next project.
Indie Rock Daydream is a Screenprinting-Apparel-Merchandise company run out of SLN HQ.
Not Bad World Industries aka Not Bad Records was our cousin label.

Buy Stuff From Our Store!

To Check Out Our Full Catalog,
Visit Our WEB STORE! Go Ahead And Treat Yourself Or A Friend To Something Nice!
For Our Digital-Only Fans,
Visit Our bandcamp Site For Our Releases! 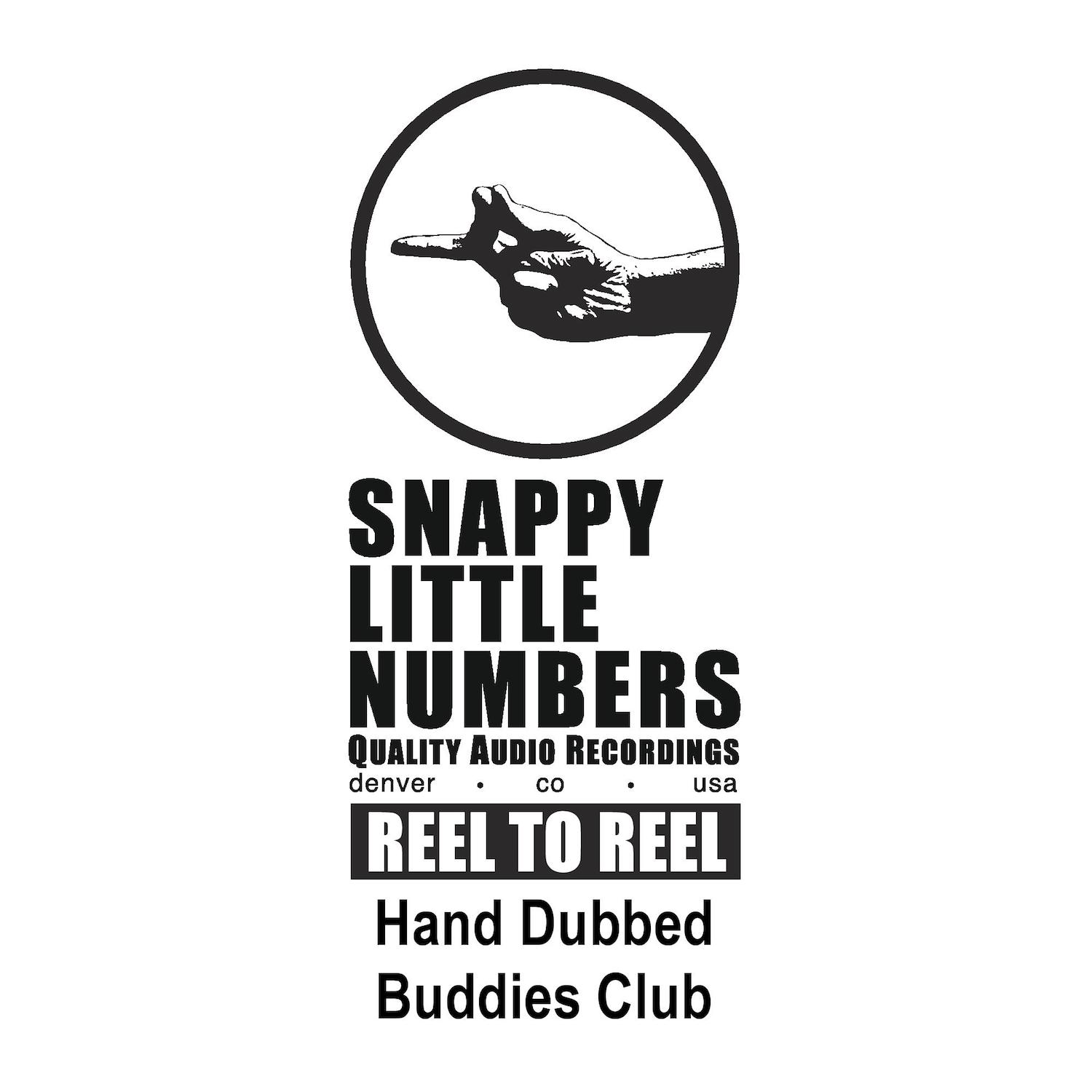 We're curating a project focused on Colorado Front Range punk & indie music history from the mid 1990's to the early 2010's. The original plan was to do a book/compilation with a focus of 1996-2008 on Denver/Boulder punk history. After some pondering and consulting, we decided it would be more fun to open up the focus a bit and curate a living project that continues to develop through social media, a bandcamp site, a blog and maybe even more. This way Denver, Boulder, Ft. Collins, Colorado Springs and everywhere in between can be included. We like the idea of not being too constrained while sticking to a loose framework. Be sure to follow all the archive action and please feel free to propose a contribution! There are so many stories to be told, memories to share, songs to hear and we want this to be an inclusive, community driven project. Thanks for following so far!
snappylittlearchives@gmail.com
Blogger
bandcamp
Instagram (@snappylittlearchives)
Facebook
Many classic CO front range releases, as well as merchandise and apparel, can be found in our WEB STORE!