Don't Worry About It! ZEPHR Has A New Album Coming Out In November! 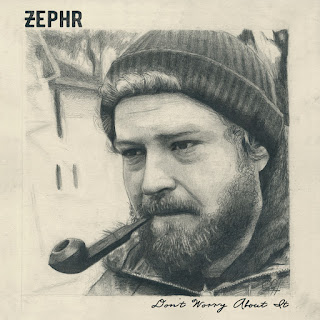 ZEPHR began on a whim between three buddies, much like many other bands. But then that thing happened where it all clicked and they quickly became more than the sum of their parts. Each member contributes passion and ability in unison, and the result is nothing short of joy. You can hear it in their songs, and you can see it in their smiles when they play. On their debut full length, “Don’t Worry About It,” ZEPHR presents the listener with lean, melodic, punk rock tunes essenced with the earworms of powerpop, and the scrappiness of early 90’s indie rock. The record is both anthemic and intimate. It is gruff and also tender. Ultimately, it is something special. And we can all use a little more “special” in our lives right now.  "Don't Worry About It" is set to hit the streets on 11/13/20 and you can pre-order the vinyl LP in our WEB STORE right now (check out the limited art print edition!).  There are also cool new ZEPHR t-shirts, whiskey tumblers and koozies, plus an LP & Merchandise Super Saver Mega Bundle.  ZEPHR just released a new single from the album, 'Casey', today.  It's on our BANDCAMP as a digital single and also on our sampler, plus it's on ZEPHR's own bandcamp too.  'Casey' is also on all the other digital/streaming spots of the modern age.
All revenue generated by the single will be split evenly between Black Lives Matter 5280 and Denver Homeless Out Loud.  Thanks for listening and supporting us, ZEPHR, all our other amazing bands and the organizations/causes we all try to help.  We're all better together!  XOXO!
Love,
The Staff 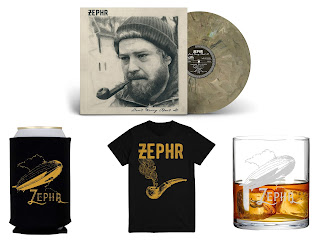